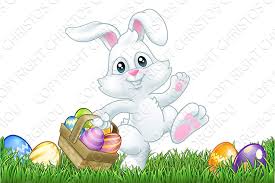 Jon & Kaye were born and raised in Provo, Utah.  They met after Jon returned home from his mission in Oregon/Idaho and married on June 6, 1975.

They have been blessed with five children and have another five they inherited through marriage that have blessed and completed their family.

Nat and Amy Mitchell, Kristen and Randy Hiskey, Mariam and Spencer Hadley, Lewis and Tori Mitchell, and Mike and Kaitlyn Mitchell.  But the topping on their family jewel is their grandchildren!  They are blessed with 23, with one great-grandchild on the way.

They became residents of Levan in 1998 and as they look back on those 23 years Levan has truly blessed their lives.  Their first acquaintances in Levan were Golden and Irene Mangelson; they took them under their wings just like they were their own.  They were able to purchase property from them and build their first home.  That home became a special place that was the starting place of The Victorian House Assisted Living where they were privileged to have many residents bless their lives.  A few years later they were blessed to have Jason and Amberlee Worwood become part owners in that special business.  They were able to build a beautiful facility that would bless the lives of many elderly, but most importantly bless their lives, through becoming acquainted with so many wonderful families.

They had a wonderful opportunity to serve a mission together in Kyiv Ukraine in 2016, where they learned to love and appreciate our great country and the freedoms that we have.

As they have been able to take care of the cemetery for the last few years, and as they look at some of those graves, they have truly been blessed to have such amazing, wonderful people in their lives.  This great town of Levan has changed them and made them better people.  Levan Town is so fortunate that they have chosen to live here and make our community better with their contributions.

Please join us for our annual Levan Buckaroo Rodeo, Ranch Rodeo and Team Roping.  Please stay tuned for the dates and times of all events.

Ranch Rodeo starts at 9 am

To enter any event, fill out an entry form found below.  Entries are limited for the Ranch Rodeo and Team Roping.  To submit entry forms you can mail forms to Levan Town Hall P.O. Box 40, Levan Utah 84639, drop off your entries in the Town Hall drop off box on the north side of the building, or email them to [email protected]  Payment options:  Mail check or money order with registration form or call the Town Hall (435) 623-1959 to take credit cards/debit cards over the phone.  For registration call Jessica Shepherd 435-262-0254.  For questions about the rodeo please contact Tate Shepherd 435-610-0203 or Kylee Taylor at 435-610-0253.  You can also follow us on facebook at Levan Rodeo for all updates. 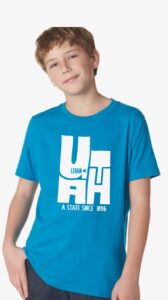 They are here!!!!!  Our 2021 Levan Town t-shirts are ready!  Please click on the link to get your shirts ordered!

A BIG THANK YOU to those that have made donations!
If you have question, please contact the Town Hall.