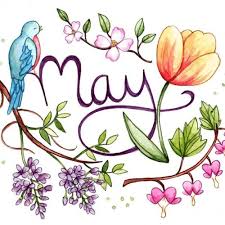 Here are some fun facts about May:

May is named after the Greek goddess Maius, goddess of growth.

The Empire State Building opened its doors on May 1, 1931.  It held the record of being the tallest building in the world at that point.

In May we celebrate a couple holidays such as Mother’s Day, and Memorial Day.  Some fun things to celebrate are May 8th: No Socks Day, and May 14: Dance Like a Chicken Day.